No Ice in Iceland
Travels - Queen of Trades; Travel and Photography

No Ice in Iceland

One of the cool things about Iceland is that wherever you go there is always something to look at. It doesn't matter if its from a hike or if it's from the side of the road. The terrain is quite beautiful and it honestly makes sense why a lot of people love it here. There is so much to do and I have decided that if I come back that I will spend only a week's time here before heading home. I might even do a trip in the summer. Tickets aren't that expensive and the camper wasn't too bad when it came to renting. Of course, I Don't know if I would get this specific camper again because it doesn't really have everything that I would like to have.

For instance, it doesn't have a fridge, all it has is a little ice chest and of course when you have an ice chest you need ice. Now get this....Iceland doesn't have bags of ice. I really do mean that. You dont have ice that you can just purchase. I was amazed at that and kind of thrown off by the lack of ice. I would have thought they would have some for me to get but nope, not a lick...anywhere. I'm not sure if it's just because they don't sell a lot of it or if it's inconvenient to carry but whatever the case, now I know to get a camper that has a working fridge. Luckily I haven't gotten food poisoning (I like to eat a lot of meat-based meals) but that is probably because it's so cold that it keeps the food at a good temperature where it doesn't go bad. 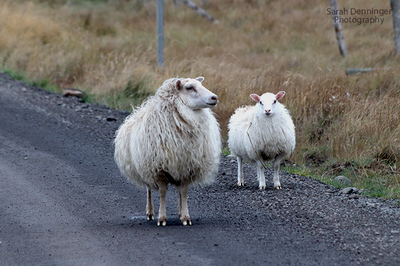 I might also just explore one region instead of doing a big loop around. Maybe just do the eastern part of the country and spend a few days at a campground instead of hopping from one to the other. It's cool to drive around and see everything but it is a lot when you're trying to see as much as you can. I have about six days left before I head home and the next day, I will be back in the main town where I will be chilling and taking the time to relax. There are some cool waterfalls near the area and a few hikes that would be neat to do. Of course, I'm still upset about yesterday's hike and my feet are super sore and tired but since I am taking a chill day today I might do one more before I get on that flight back home.

There is so much to do here and even though Iceland has put me through the ringer I might come back with someone so that they can see it for the first time and have someone with them that has some knowledge of the area. It also helps that the flights are pretty cheap. That makes getting to and from Iceland a pretty easy trip.