On the eighth of this month I had my three year anniversary. What was it for? Well it was for running. It has been three whole years since I have made a commitment to myself to keep running and to not let anything keep me from treating myself and keeping myself in shape. I have been able to keep up with that commitment and I am so happy about it. Of course it has been longer than that since I really gave running a try but the three years are for being consistent. Consistency is key when it comes to this sport. If you don’t keep up with it then you won’t be able to keep a good pace. 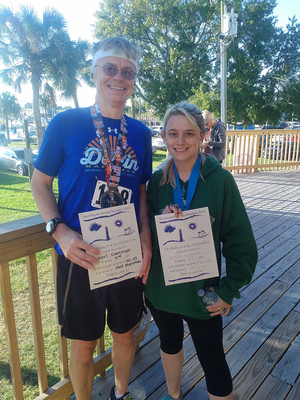 When I did my first run three years ago I was running a twelve minute mile and I really thought that the sport was terrible. I didn’t want anything to do with it and I really was sure that I was going to just forget about it. The first three months were terrible and I was really struggling with my ability to keep going. My motivation was so low and I was not sure how to keep pushing myself. It took a while but before I knew I found something to keep me going.

I want to say what I found was a companion to keep running with me. I want to say that it was something magical but to be honest with you it was just myself. It was my own confidence and stubbornness that kept me running. I realized what path I was going down if I didn’t keep going and I made a promise to myself to keep going. To keep working and striving to be better than the previous me. I worked my butt off and kept pushing myself and within six months I got my time down from a twelve minute mile to a nine or ten. Really that’s huge. I was pushing myself in ways that I never thought were possible and because of that I eventually made myself do a half marathon. I wanted to do better. I wanted to be able to say that I did something that felt impossible to me. I wanted to be able to look at myself in the mirror and be proud of myself. 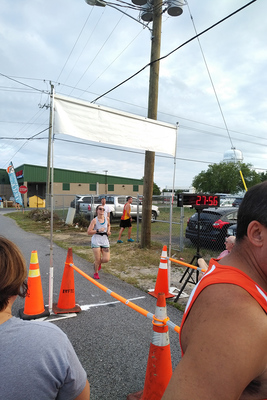 I am excited to see how far I can go and to see what else I can do in the running world. So cheers to another year of running, conquering my own insecurities and getting stronger than before.


Running in the cold

While I was in New York with D I was able to keep up my running. Even with all the snow, slush and ice I was able to find time somewhere to go out and run on this little island that she lived on. To be honest it was one of those things that I was really worried about because I really didn’t want to spend money going to a gym when I could just run outdoors. Somehow I got away with my routine. D's sister doesn’t have a treadmill so when we arrived I made sure to look around and see if there was any chance of being able to run here or if I would have to research to find a nice gym. The first few days we were there it was snowy and when it came to my time to running outside I made sure to double and triple layer myself up. It was a nice twenty degrees outside and when I got out there I realized that my feet were going to be nice and wet. I mainly ran in the slush which meant that I was running in the middle of the road.

Believe it or not people don’t want to hit runners. It sounds weird but it’s true. Even though I was running on the road people did their best to avoid me at all costs. Of course I also helped by moving to the side as much as I could when I saw or heard a car coming my way. People were staring but just kept going on their way. So the first one was cold and wet but I still managed.

I ran a total of three times while I was down there. The first one was wet and slushy, the second one was nice and sunny and the snow had mostly melted so I could run on the sidewalks and the third was somewhere in the middle. By the time i got to the last run I knew why D's sister lived in the area she did. The neighborhood was well spread out, the roads were nice and they all mostly had sidewalks on them which don’t always happen in neighborhoods. Having any sidewalk is a blessing to people that actually like to do things outside.

By the time we left I felt a little bit excited to make the trip back to his sisters someday. Not only was it a welcoming home but it was also somewhere I could keep up my routines. Somewhere I could work out and enjoy my time. I’m so thankful for them and I am glad we got to take this chance to get away from home for a while. It was so much fun and I enjoyed every bit of it. Even the running.

For the past two weeks I have been running like the wind. It’s quite extraordinary how much I am improving and I just can’t believe the numbers. Last year alone I was running a 3.13 mile in 27:08. Now for some of you guys that sounds pretty fast but to be honest it’s still pretty slow. The average for that is around a 9:30 which is still pretty good but I always want to do faster if it is at all possible. Of course I have no idea what has brought on this sudden burst of speed, maybe the consistency of my diet or maybe the fact that I just do better in the cold, but I will gladly take it and work with it. 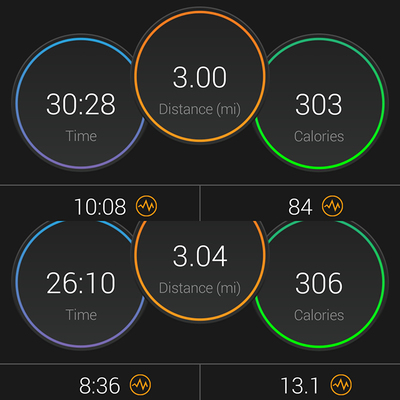 Now I can say that I don’t know what this will do when It comes to my races but on Thanksgiving we are doing the Recycle run and even though that is not competitive I will be putting my new speed to the test to see what happens when I am in a "competitive environment". Will I run even faster? Will I just keep pace? How many other females are running that kind of time at this moment?

The new times I am running opens new possibilities and it just makes me excited to see where I land in this competitive sport. Historically women have always been slower when it comes to running and sadly we may never truly know why that is but just maybe there are a few who will be able to break the barriers and wow the world to seeing a new generation of athletic women. After all we work just as hard if not harder to break barriers and to accomplish bigger things. It will truly be exciting to see if I will continue to stay in the eight minute range or if I will get faster than this.

Only time will tell.

The weather has finally dropped to an amazing 60 degrees and I can say that I am loving every second of it. The hot weather has been going on for too long and with all the storms, rains, and hurricanes we finally got a break in the weather. So of course with this cold weather it also means that my running is getting better. A few weeks ago I ran a 10k (6.2 miles) and I actually got second place in my division. I thought that I wasn’t going to do all that well but as it turns out I did better than I had been doing all year long. That was just the beginning of the awesome times.

After that I continued to run but I only did 5ks. Those are three milers. Each time I have gone out to do a 5k run I have done really well. I went from running anywhere from twenty nine to thirty minute 5ks to doing twenty seven minute milers. From there it dropped again and got to a low twenty six miler. Yes twenty six. I haven’t ran anything like that since I ran the Timberlake race back in 2016. I don’t know why it’s taken as long as it has but I have finally broken past the nine minute milers. 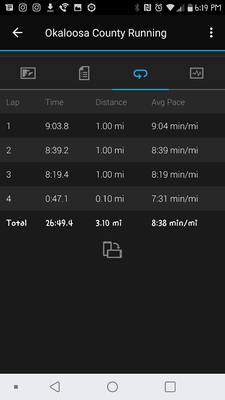 This run I did finally broke my record for 5ks. It has made me feel so proud of myself. I am pushing more and more each time I go and I am so proud that I am where I am. I’m getting faster and faster and even though it’s taken a few years to finally break that nine minute mile I am glad that it finally has happened. Of course we will see if It will stick around. Only time will really tell but, I will say that for now I am going to enjoy it completely and fully.

So I put that to the test over the weekend. I decided to do the 10k race that the wicked triple holds and to see how I would do. It also would be the official first race of the fall season. I figured I could not only get my six miles run done for the month but also get the season started right.

So I managed to get up at 5 a.m, have a cup of coffee and then go out there and do the race itself. Let me say that I had butterflies. I felt nervous because it had not only been a whole but I also am weird with crowds. Usually I feel compelled to keep up with the quicker people but once we took off I was able to slow down and get to an appropriate pace that would suit me.

Not only did I manage to keep a good solid 9 minute pace but I was also able to do two miles out of the six in the high eights . Lately I haven't been doing to well so it was quite impressive to have those numbers show up on my watch.

In the end I got second place in my age group, got a medal and felt amazing after I ran my ass off. I can say that seeing the medal I won made me feel like my efforts were worth while. After all I had kept up the 10k runs for over six months. For me that is quite the accomplishment.