Smell the money
Travels - Queen of Trades; Travel and Photography

Do you know what time of year it is? I bet you can hear the cha-ching sound that is coming from around the corner. The whispers of the government saying to pay them or else and the questionable sound of calculators being used over and over and over again with the unmistakable sound of groans from the results. If you guessed that it is tax season then you are correct! You hit the big one on that and let me just say, I have learned something I was unaware of. Well....not necessarily unaware of just stupid about.

This new job I have doesn't take out taxes so guess what I have to pay. I call it funny money because really that's what it feels like. Funny money. I watched the numbers climb as I put in the forms I received and I definitely made some noise about what I owe. NOw I know that it is inevitable when you do your"own" business-like my artwork but for this job, I actually didn't really know that they were taking it out. They don't tell you that at the orientation. Well not that I remember. To be honest my"teacher" was super boring with a voice that was impossible to listen to and she always took a million years to explain things. She was just as boring as my math teacher in eighth grade and that was not fun. Mostly because I hate math.

But besides that, I got a hard lesson today and I wasn't ready. But if I continue this job I will know to put money aside for taxes for next year. Just another lesson in the department of ADULTING and its million rules that I just mostly roll my eyes at. Mostly. Depends on the rules that are in place. I also would like to give out a giant **** YOU to Biden for this mess not only in the taxes department but also in the gas prices. Just ****ing fix it already you monster.

That's my thoughts, thanks, I'm gonna go have a beer now, 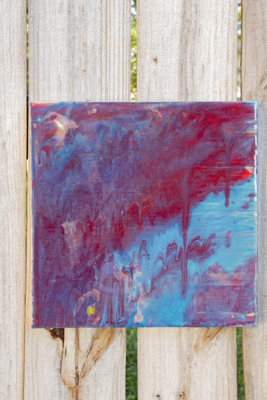 Buy to help out or dont, either way I appreciate you