The last 48 hours have been a blur. When we got back from TN we found out that we had only two days to get the rest of the stuff out of the house, clean it up and then hang over the keys to the owners. Once we were well rested from our trip we got started on the last bit of the cleaning and organizing. At first, it seemed that things were going well but soon enough we were getting around that time. The deadline was 3 p.m and as much as we rushed through it all it wasn't working. We had to make a trip over to my boyfriend's apartment to drop off my safe, computer chair, and laundry basket so that I could actually haul over the rest of the kitchen stuff that I wanted. From there we went to Walmart and got a few extra boxes for what remained.

Luckily the new owners were ok with us taking more time to get things done. We started with the kitchen once we were back and let me tell you it was a **** show. There were very few items I actually wanted so I made sure to grab those items and from there we just started throwing things out one by one. I can't describe the feeling I had as we went through everything in the kitchen. We went through so many trash bags and threw away so many dishes, pots, and pans. It was a **** show for a while. From about 9 a.m until 6 p.m I was there helping my dad throw things away, put things in the trailer, and so on. It was a mess.

Every time we would open another door in the house there was more stuff. Of course, is expected after twenty years of living in one place. Now it could have been a lot worse if I hadn't made my dad go through everything one by one years ago. I literally made him got through his belongings about two years ago and even then the trash bags were piled up. I'm sure the trash guys had a field day when they saw all that they had to take.

The truth of the matter is that I feel ok with this. For now. Once I left and went to my new home, got settled, and let Spice out the explore I realized how real everything was. How final it felt.

I don't know what we will do next but I am hopeful. 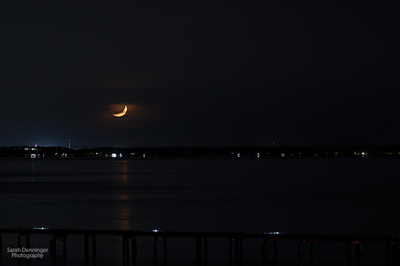