So there are some things about Canada that I really loved but there was something that I noticed. The alcohol is very shorted. Now I have had my fair share of drinking (safely of course) and most of it is done at home so I know how drinks are supposed to be done. What I notice right away is that they do 1 ounces, 1.5 ounces or 2 ounces. That’s all. So of course most people probably thing that I have never drank before and just assume that maybe I’m a little goody good who waited till I was legal to have my first big girl drink. Well you would be very wrong. IN the past couple of years my tolerance has gone up and I’m sure it’s from my metabolism going up as well as the increase in alcohol that I have recently been consuming. In Cozumel I had the realization that my tolerance was higher since it took me almost the entire time we were on the island to get wasted.

In Canada though I never got that. I got a light buzz but I had six drinks between two different restaurants and most of it was from the Loose Moose which was amazing and didn’t disappoint me. Other then that everywhere else seemed to be very light and almost a drag. I wanted to try all these different drinks and see what I did or didn’t like. I especially wanted to try things I Hadn’t heard of before and so I did set out to do that. Well there were two times that I was shorted a drink completely. One was in this Chinese restaurant that we really enjoyed. The food was freshly cooked, big portions, and even though the staff didn’t speak much English they still served us quickly and with efficiency. 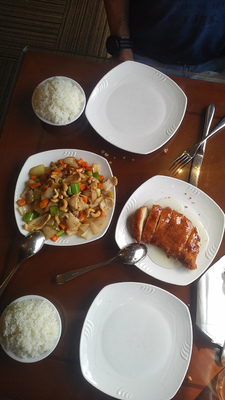 So I had ordered my first legal drink (In Canada) at this restaurant which happened to be a Long Island Ice Tea and my dad had been raving for days about how these will get me smashed so I decided to try it out. I like tea and certain alcohols so why not? I get the drink and right away I’m asking my dad if it’s got any actual alcohol in it. It becomes apparent that it’s on the fine line of maybe and flat out no. It really just tastes like tea. Once were done eating, out of the restaurant I pull out the breathalyzer and of course it comes up 0. Now I was surprised and disappointed. Of course I can’t be that upset since the guy didn’t speak much English and had a hard time taking our order.

The second time though really made me upset. We had found a place that served alcohol about half an hour outside of the park we stayed at. My dad wanted something other than a sandwich and wanted a beer so we went there. We were going to be heading back the next day so I thought I should have my last drink in Canada there before we go home. So I see this amazing drink on the menu. Its a key lime specialty drink that has vodka in it. I get the drink and I cant tell if anything is in it. I assume there is because she seemed sure about how old I was and I had high hopes. So we go through the dinner and we get the check. ON the check it Says a Virgin key lime specialty drink. Disappointed and kind of angry I let my dad decide what to do with this situation. I wasn’t feeling very good and I just wanted something, just something nice and cooling and it sounded so amazing. So my dad bitches and this women claims that she hit the wrong button and goes on to say "yea there was rum in it"....

Now if you recall there’s supposed to be vodka in the drink. She got very lucky that day because I didn’t catch it right away and neither did my dad. We paid, went through the routine of saying apologies and all that crap and left. Well about fifteen minutes had passed before I got it in my head that I should use the breathalyzer. I also had my head spinning around about the ingredients. Then it came to me. Vodka, NOT Rum. Son of a bitch. So I take out the breathalyzer and blow. What comes up? 0. Again. Agitated and obviously not ok with this problem my dad and I both sigh and we go quiet.

Look if you make a mistake, just admit it. When we found out about it, it ruined a good day and made me very upset. I just wanted a drink, you don’t have to be a dick and lie to me about it. Let me just say that she got lucky that I didn’t catch her in the beginning lying, I’m sure that would have been quite a story.