After my experience at the CN tower we decided that the next day we should do the aquarium and Castle Loma. So we made our way to the castle to do first which was in X-Men First Class. I will say that you have to go up this giant hill before you round the corner and see the castle. Once you walk in you are in an open area that is straight out of the x-men movie. The first thing you really focus on though is the organ which was beautiful and quite a site to see. Organs are so rare these days and a functional one is even rarer. So of course my dad immediately went to that and started snapping away. Once he did that we grabbed these little portable players. IN each section of the castle there are numbers that you put into the device and hold it up to your ear. It gives you details of that area or that item and what it represented. It was nice because it was like having your own personal tour with a tour guide. 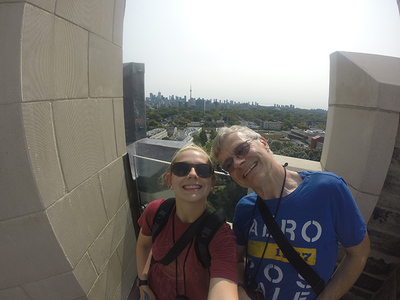 The castle itself was full of amazing architecture that the guy was very precise about. He was also very honest. In the pieces that represented him he stated that he basically liked beautiful things and that there was nothing wrong with buying beautiful things. That it made him happy and you only have one life to live so why not live your life the way you dream of doing. For him it was military, and pieces from parts of the world that only the wealthy really get to enjoy. Even though he went bankrupt in the end and the government took away his house and almost demolished it, in the end it was saved from that possible destruction and turned into a tourist destination. I do wish that someone in his family had tried to help out and make it possible to keep the building in the family, I think it would have been 10x cooler to see it the way it was supposed to be but of course that’s not how history turned out.

I can’t begin to tell you how wonderful it was to tour and I felt like the guy lived life in the best way he could. At the time he chose a place that was outside of the city limits and partway on a hill. He even had his best friend living next door to him and his best friend was the one who designed the Castle. It has three secret passageways and only two have been discovered so far. The third one has yet to be discovered.

Once we were done at the castle we got a few drinks, a snack and from there went on to the aquarium. This place was impressive. It had lots to look at it and there’s a part in the tour where you get on this slow moving escalator and just ride it as you get to see all the sharks, long nose fish, manta rays, and so much more. it was so cool to see and it was one of my favorite parts of the aquarium. You let this escalator basically guide you while you get to snap pictures and just be in awe of this place. Next to be my favorite was the Jellyfish. There was this whole panel where it was glass and the jellyfish were changing colors. I wanted to do so many pictures but I am sure you had to be in there right as it opened to get opportunities like that. Next time I’m in Toronto though I would love to get that shot I had in my head. 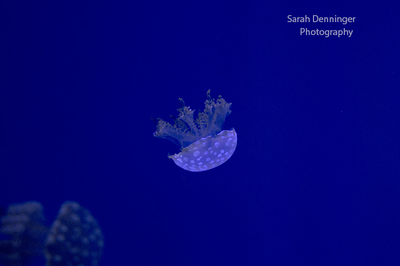 I’m telling you that this place was awesome but it was also something you can spend a few hours in as adults but if you were a parent with a kid then yes I could see you spending all day there. For us we had a good moment but the best part of the day was yet to come.

After the aquarium we went to the old Spaghetti Factory. Guys, this place was so amazing. Its filled with old antiques and the staff are amazing. It had a 150 year old carousel and oh my god I was in heaven. The experience was crazy and I wouldn’t change it for the world. It was expensive but we expected that after it being there for such a long time. They had amazing pasta and I have never been in something like that before. I really don’t know how to describe it and I wish I could. FOr me it was like a step back in time and I really wish a lot more people could experience it.