Lessons I learned and am passing to you
Travels - Queen of Trades; Travel and Photography

Lessons I learned and am passing to you

Here are some lessons that I have learned while I have been traveling around Iceland.The connection here sucks in Iceland and it is not fun when you wanna write for the people who are following you. So that is a new lesson for you all. If you work from home and you are camping in Iceland, be warned that 90% of the time you won't have a connection. Sure you might have cell phone service but in terms of Wi-Fi oh no. That is not a thing around here. It's not around every corner like it is in the U.S or in New Zealand. Here it is sparse and difficult to come across. Honestly, I should have expected that but at the same time, it was not a lesson I wanted to learn the hard way. Coffee. Good ol fashion Joe. The elixir of life and self-enhancing performance drugs. We are so used to having access to it almost 24/7 in the United States and yet here in Iceland it is almost like a luxury when you are a tourist. If you are not on the Ring road and are in the Western region of Iceland then forget getting coffee. Especially this time of the year. Most of the places that serve coffee are closed or abandoned. While I have been over here driving hours and hours I have literally been fighting the pounding headache that has come with not having access to coffee. Of course, me being me, just put up with it and powered through it the best I could. But if you are like me, it might be good to bring a coffee press and buy ground coffee here so that you don't run into the same issue I did. Discover only works at campgrounds (most of them), some gas stations, and of course the grocery store. If you are trying to pay for a rental with them then the card will say that it is an invalid card number and it will decline. Not only that but if you go to some self-serving pumps up in the western region then you have 50-50% of it declining. Not speaking the language isn't the end of the world but you definitely get judged big time for it. Luckily the know English but if you go to some spots in Iceland it's a little broken and it can be difficult to communicate. If you stay on the ring road though it seems to be pretty ok. Just be aware that you may get some judgment. If you know how to drive stick then this will save you thousands of dollars while you are traveling over here. Why do I say this? Well because pretty much everyone over here drives so its as common as automatic is in the U.S. When I rented the camper van I got the stick shift and it was at least 1,000 cheaper than the automatic cars and that says something when you are trying to save a few extra bucks. Not only that but most stick shifts seem to be diesel which goes a long way here. Yes, it's more expensive but if you are one of those people who wants to get a good deal and save some cash then it is worth the extra dime. Right now that is all I have for you guys. I'm gonna try and write more but like I said connection sucks here in Iceland. Tomorrow will be the halfway mark for my trip. Time sure does fly by when you're out enjoying life 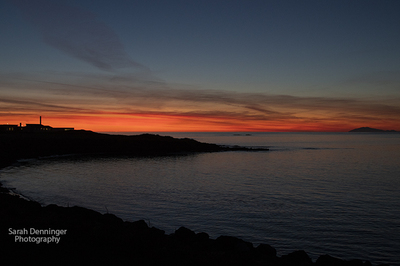