Animals in Iceland
Travels - Queen of Trades; Travel and Photography

One of the things I love to photograph is animals. I don't care how simple the photos are but I just love taking photos of them. When you are in different places all the animals are slightly different then back home and I think that is something that I love more than anything. In iceland the biggest difference I saw was that animals were pretty scarce. Specifically pets. I didn't see any dogs or cats at all and the few I did meet were very well trained or they just came and went as they pleased. Towards the end of my stay in Iceland, I made a stop at a campground that was just outside of the city. Immediately I was greeted by this calico. 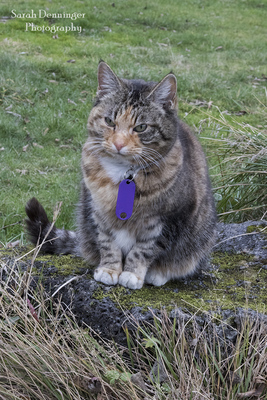 The first thing I noticed was the fur. She looked a lot like spice but she had twice the amount of fur that she does and she was bigger. Not like fat, just big. I made friends with her and continued to head in the direction of the kitchen so I could wash my dishes.

When I was done cleaning my dishes and was heading back to my camper I ran into another cat. This one was a grey fellow and he reminded me so much of Midnight. He just wanted to be scratched, picked up and loved on. If you didn't give enough love he would follow someone else. He also was a pretty big cat. If I had to guess around fifteen pounds. Both cats were pretty similar so I guessed that the breed was similar. It was mostly because of their faces. They reminded me of the grumpy cat a little bit and because of that, I fell in love with them more. They were so cute and someone at the campground was asking if I was going to take the grey one home since he was so attached to me. 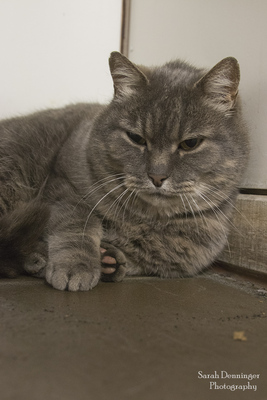 I noted that if I brought another cat home I would probably never hear the end of it so sadly I had to leave him there. Both cats were so adorable and a friendly sight to see. I'm also sure that the cats keep away any unwanted pests and since they had two I'm assuming that they had an issue with them recently.