Not even a GoPro
Travels - Queen of Trades; Travel and Photography

Not even a GoPro

Yesterday I went and saw Icon For Hire play in Atlanta Georgia. This is my third time in a row that I have seen them and each time I feel like one of them. It's crazy how personable they are. In the past three years that I have gone to their concerts a lot has changed. The first year I saw then I was able to get my DSLR into the venue without any issue. I was snapping away and the photos I got were incredible. I will forever cherish them with all my heart.

The next year I couldn't bring the DSLR in but I could bring in the GoPro and the video I got from that was also amazing. This year they decided to ban not only the DSLR's but also the GoPros. I was surprised by this and had to go back to my car to put away the gear. I guess they really wanted to get a crack on people who are a lot like me. I come in to try and get photos but not to sell them on the internet for a bunch of money but mostly just for my own personal pleasure. I understand why they are getting so tight about it, especially with them being an independent band and everything but at the same time, the slight level of disappointment was there.

Luckily the car was only a level up from where the venue was so I hurried to the car, dropped the stuff off and came back to get checked in. Truth be told I was hopeful and I really wanted to get the practice for concert photos. Yet it is so hard now with them having so many barriers. You have to have some connection to the band to be able to get press passes or photo passes. 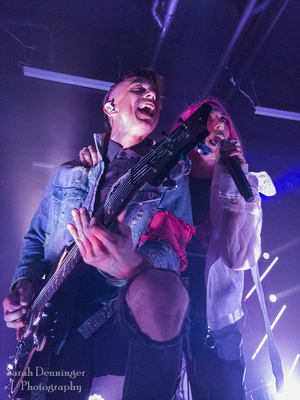 (btw: This is taken with my phone camera settings. So awesome that my phone shoots in raw )

So I have decided to give it a try. As it turns out I have some friends that know the band pretty well and I'm hoping that they will reach back out to me and give me a press or photo pass for next year. I want to follow them around a bit and just enjoy taking photos of them. I think it would be amazing and doing concert photos is on my long bucket list of things I have always wanted to do. I'm hopeful that I may be able to get them to say yes and considering that they know me by name and that they know how supportive I am, you never know what can happen. 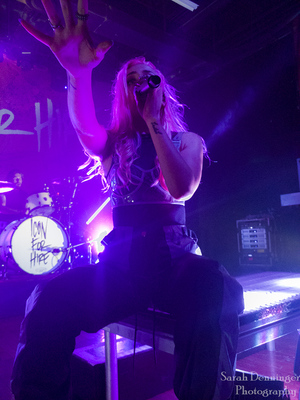 I'm keeping my fingers crossed. Not only would it be a dream come true but it would just be an amazing experience in general. To have that kind of experience under my belt, that would be worth everything and more. But now if you ever go to to the masquerade in Atlanta Georgia, keep in mind that not only will they not allow backpacks of any kind but they will also send you back for having "professional" camera gear unless if you have a pass.