The DJI Spark
Travels - Queen of Trades; Travel and Photography

While I was in Iceland I happened to have a drone with me. As some of you may know it took some time to finally find a drone that I liked, was reasonably priced and had good quality when it came to the pictures and videos. Before I got this drone I tried a holy stone and after that a Mavic pro clone. Both of them were not worth the time or effort. So I just went ahead and bought a real drone. Specifically, I bought the DJI Spark. Now the spark is a nice little drone. It's not much bigger than the palm of my hand. In terms of travel size, it's quite nice that I didn't have to try and pack a big bulky piece of equipment. On the downside, the propellers don't fold in so you had to get unique when it came to transportation.

The flight time for this drone is around fifteen minutes at a time and thats if you have a full battery and no issues turning it on and off. It took me some time to figure out how to work it as mine did not have a manual. Now if you buy one of these drones and it doesn't come with a controller, don't panic you can control it on your phone and it works super well. The app is called the DJI GO 4. The app has some nice features on it including a countdown to how long you have with the drone in flight, the pictures you took, it lets you know if you are too close to airports and it even will send the drone away if the magnetic field is too strong in one area (learned that one the hard way). 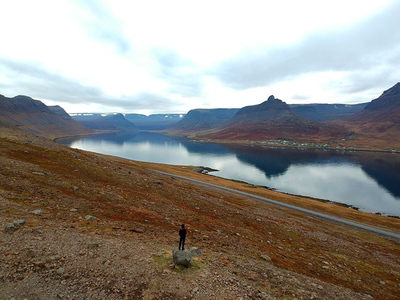 The downside to not having the controller is if your phone dies while in flight then you better hope that the drone is somewhere you can reach it so that you can get the battery disconnect from it and stop it completely.

One of the issues I had with the other drones was the quality of the photos. DJI is known for having good stuff and so I was pleasantly surprised with the quality I got from the drone itself. The pictures were so good and the video, even better. honestly it was great all the way around. So if you want a drone I say just jump right in and go for the DJI drones. They aren't that expensive if you dig around on eBay and they work super well if you want to be able to take photos or videos while you are by yourself on trips. It was almost like having another hand there, just one that lasts only fifteen minutes at a time.