Im sore but it was worth it!
Travels - Queen of Trades; Travel and Photography

Im sore but it was worth it!

Yesterday was a pretty amazing day. Somehow me and two of the other girls ended up having Friday off and let me just put down for the record...that NEVER happens. NEVER. It’s a rare occurrence and when this opportunity came we decided to go to Ecofina Springs. For those of you that have never been there before let me just say, it was amazing. It’s a spring that is crystal blue clear and cold as ****. Like so cold you have goosebumps and you might have to just jump in without thinking about it.

For us the drive was about two hours. Mainly because we made some stops to get food, coffee, and we took a small detour to get to this kayak rental place. Once we were there though we were met with this cute dog who just wanted to greet everyone that she saw. We of course loved on her and wanted to take her with us. She was just so cute and literally wanted to sit and be with us. 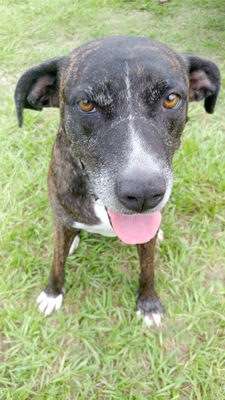 After we had greeted this beautiful, adorable, creature we paid, got our stuff and piled into the van. Of course I was extra and demanded a picture be taken before we left and despite a look or two from my friends I got the pictures. Once that was one, we got into the kayaks and we were off. It took us about thirty minutes to get up and around to the springs. Once we were there we found a place to park our kayaks and we started to enjoy our time. We brought food, water, and of course sunscreen. The water was at least 50 degrees (maybe 60, were not sure) but with the sun being out and in the middle of summer it was perfect. In total I think we spent about two hours chilling, chatting, and of course, using the rope swing. It was so much fun to do and even though it took one of our friends some time to convince we all ended up going and having a blast.

Once we were done hanging out we decided to go ahead and paddle down the entire creek (which is about 3 miles from the springs) and just enjoy our time out and about. So with that we set off into the creek. Really the next hour and a half was super relaxing. We had the creek all to ourselves and we really did enjoy the time we all had together. We took pictures, we joked, and we just enjoyed the sunshine. For us it’s not very often that we get this time together to relax and be a group. So it was a nice way to spend our Friday. 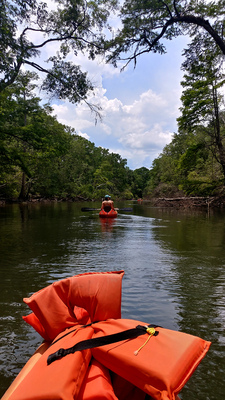 In the end we got super lucky because right as we got done we realized how close the rain clouds were and after we were dropped off at the car it started to sprinkle. So we really did have good timing to not only enjoy the springs but to also get some of that vitamin D because it was storming by the time we were on our way home.

I hope sometime soon I can go again, get some more footage, and maybe bring the big camera to get some wildlife.